No Cases in 4 days – How did Vietnam Defeat Coronavirus with 0 Deaths?

Here at Sleep Report we specialise in sleep health but in situations like this, we are also very interested in general health. One of our editors is currently in Da Nang, Vietnam and has decided to post about the country and its very impressive response to the coronavirus. They have now gone 4 days without a single new case of the virus (only 268 total cases), and lockdown restrictions are easing. Considering they share a border with China how can this be?

Firstly we must go back to earlier this year. As soon as Vietnam heard about the possibility of a new virus emerging out of Wuhan, China their Prime Minister, Nguyễn Xuân Phúc decided to declare war on it. With prior pandemic experience from the 2003 SARS outbreak, along with the 2009 H1N1 swine flu Vietnam was perhaps in a situation where they were more prepared and more likely to take the threat seriously.

It wasn’t long until Vietnam had their first coronavirus cases, on the 23rd January a Chinese man travelled from Wuhan to see his son in Ho Chi Minh City. They were both diagnosed with COVID-19, treated in hospital and eventually discharged. Shortly after on the 1st February Vietnam had its first domestic transmission, signalling an epidemic to be declared by authorities.

So how exactly did Vietnam go from a handful of cases early on to only 268 total cases and 0 deaths almost three months later? Whilst in the meantime Western Europe and other parts of the world have suffered from tens of thousands of cases and thousands of deaths. What is Vietnam’s secret to handling this situation?

12th January – WHO confirmed an outbreak of novel coronavirus in Wuhan, China

22nd March – Vietnam bans all foreigners from entering the country

18th April – No new cases of coronavirus for 2 days running

The Vietnamese government did something that most others did not, that is ensuring that anybody that may have been exposed to the virus goes into quarantine for 14 days. The police worked very hard to trace people, ensuring the virus could not spread easily. Not only that but anyone entering the country also had to go into quarantine, though the border is now shut.

The Vietnamese government even created an app to track everything, the people are encouraged to use the app to update their current health.

Currently, you cannot enter Vietnam if you are a foreigner. They were one of the first countries to implement strict measures to try and limit the virus being imported into the country and it looked like this paid off. From last month, the issuance of visas was suspended and nobody was allowed to enter the country without special permission. This is in contrast to the West, where border control was implemented very weakly and likely too late.

There has been a lot of debate in the West about whether masks are useful and if the general public should wear them at all. It seems strange to decide not to use something just because it isn’t 100% effective. If it was even somewhat helpful at preventing the spread of coronavirus then it should be mandatory.

Vietnam, along with other Asian countries is quite used to wearing masks so the people needed little encouragement to wear them religiously as soon as this pandemic occurred. Not only that but since the nationwide lockdown was implemented on April 1st it has been mandatory to wear a mask in public, with punishments for those who don’t.

You will also find shops stocked full of masks, unlike Western countries where they are impossible to get hold of. In fact Vietnam was even in such a good position that they donated 550,000 masks to EU countries.

Even elevators in Vietnam have strict measures

On 23rd February the Vietnamese government helped produce a song about the coronavirus. If you go around Vietnam now you will hear this everywhere, from supermarkets to cafes (before they closed). It went viral on the internet and many people over the world loved the song. With so many millions of people listening to it and hearing lyrics about washing their hands and avoiding crowded places perhaps this contributed to Vietnam’s success against the coronavirus.

If you spend any time in Vietnam you will realise that most people look slim and healthy. They place a lot of importance on eating a nutritious diet and taking care of their health. Vietnamese food is some of the tastiest and healthiest in the world, full of fresh herbs and vegetables. You will also find Vietnamese people in the parks or by the beach exercising and taking in the fresh air. Finally, even in major cities like Hanoi they value their sleep, you will find most people going to bed around 10pm, ready to rise early with the sun in the morning.

Can we learn something from Vietnam?

It looks like the rest of the world could learn something from the way Vietnam handled this crisis. If a country with limited resources could respond so effectively then why did other, more developed countries do so badly in comparison?

It likely comes down to a combination of the factors above, they are likely a reflection of how serious the country took the virus, and hence managed to reduce new cases to zero.

If you’re in the country you will be receiving text messages daily reminding you to take preventative measures and speakers will be broadcasting messages. It’s little things like that that ultimately add up to a big result. 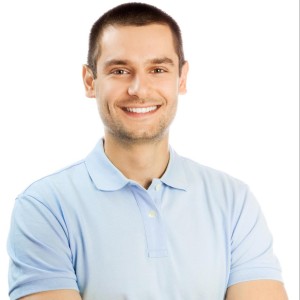