Who Invented the Bed? A Brief History on Beds and How They Evolved

Everyone loves to sleep in a comfortable bed. In fact, most people spend a third of their lives in bed and chances are, you do as well. With this in mind, it is only natural to wonder about the evolution of beds around the world, the invention of the modern bed, and who invented the bed?

Interestingly enough though, most of us have never given it much thought, except of course for the historians and anthropologists out there. So why don’t we give it some thought now?

This article explains how the modern mattress came to be, and who we have to thank for it. After all, we depend on our beds for a quality night of sleep and without them, we would wake up uncomfortable and possibly in pain that could last the entire day.

Let’s explore the history of mattresses and the innovations that have occurred since the first bed was used long ago so we can truly appreciate the modern mattress we sleep on today.

The History of Beds

Humans first started to use a mattress, or a type of more permanent bedding, as soon as we began to abandon our nomadic behavior and turn to long-term residences. This shift to more permanent housing, often in caves, was largely caused by our desire to focus more on agriculture and sustainable life in one single location supplemented by farming.

Over time, beds began to evolve and by the 18th century, beds started to closely resemble our modern-day mattress in the way they used an encasement that could be stuffed with varying materials. During this period, a mattress was stuffed with soft materials such as wool, cotton, coconut fibers, and horsehair.

Fast forward to the middle of the 19th century and the invention of coil springs, used originally for chair seats, start to appear inside beds made out of the cast iron.

The very first modern spring mattress was thought of and created by Heinrich Westphal in Germany in 1871. Unfortunately, it never gained the recognition it deserved while he was alive and he spent the rest of his life living in poverty. It was not until more than 60 years later that the spring coil mattress began to gain popularity until it eventually became the most commonly used mattress around the world.

When most people wonder who invented the bed, they think of the traditional spring mattress because it has been the most popular type used since the early 1900s.

The most modern types of beds are made from varying foams, or a combination of springs and foams to create the most comfortable and adaptive mattresses yet. Memory foam was the first popular type of mattress but due to complaints surrounding heat retention and an off-gassing period where the mattress emits an odor, other types of advanced foams are being incorporated into mattress designs.

Memory foam came about in 1966. Its inventor was an American by the name of Charles Yost. He was under contract for NASA at the time and he originally purposed the material to be used in the seat cushions of rocket ships. They were meant to absorb the extreme pressure and excessive force experienced during takeoff and reentry.

Its superior conformability and pressure relieving properties also make it a great choice of material in a mattress. Then, once it became more affordable in the 1980s, it was re-purposed for use in beds, shoes, rugs, and many more products.

While a spring bed remains the most common choice on a global scale, foams have significantly gained in popularity over the last decade or so due to their extreme durability, exceptional support, and universal feel.

As you can see, answering the question “Who invented beds?” is not as simple as you may have initially thought.

How Did the Mattress Evolve?

Now that we know the basics of who invented the mattress, let’s look into a more detailed history of beds and how they evolved over time.

When were beds invented? This can be difficult to pin down to an original point of origin, or an exact date but are more likely associated with a specific region and people. However, more modern beds do have accepted invention dates paired with inventors, like with Heinrich Westphal mentioned above.

Let’s have a look at some examples.

Starting in the Neolithic period, humans began to use stones covered with grass, leaves, straw, and animal hides for bedding. Sleeping on this combination of materials made resting more comfortable and satisfying so the evolution of mattresses officially began. Another important step in the evolution of beds was to raise them off the floor. This helps to avoid drafts and dirt.

Ancient beds did not start to use stuffing inside of bedding formations until around 3000 B.C.E.

Examples of ancient bedding from around the world:

In the 14th-century draping thick curtains around a bed became very popular. It provided an extra layer of privacy and warmth.

In the 15th century, during the Renaissance, the current structure of the mattress came about. Long thin pouches were used to create the shell and they were filled with feathers and leaves. The casing materials varied but in some cases were made with luxurious materials such as velvet and silk. During this period beds also increased in size and some were as long as 7 or 8 feet long.

18th-century beds in Germany were the first to use feather coverings for added comfort. This type of bed topping continues to evolve and can be seen in our modern-day feather top beds.

During this period we also began to see iron bed frames as well. Iron was a great way to deter and eliminate bugs that borrowed into wooden bed frames.

As we noted above, the idea of the steel coil mattress started during the 19th century, shortly following the invention of the steel coil for furniture seats. However, they were not widely accepted and used until the 1930s.

In the 20th century, the invention of the box spring arises which made sleeping surfaces more stable and more even, or less lumpy. We also saw the introduction of latex mattresses, futons, air mattresses, memory foams, and the myriad of other foams that continue to arrive on the market every day.

Instead of only being made from memory foam, they also use other materials like polyurethane, both natural and synthetic foams, dense support foams, and a combination of different foams and spring coils known as a hybrid design. Many companies have their own proprietary foams that are unique to their product.

Who invented the bed?

As we have learned, the answer depends on what specific type of bed you mean. It can also depend on what region of the world you are referring to specifically because the invention of beds did not occur in only one region of the world.

Beds evolved around the world in different ways until the spread of information became rapid and accessible enough for us to share all of our great ideas and inventions.

While Heinrich Westphal is generally credited as the inventor of the modern bed, answering the question about the invention of the bed isn’t so simple. Westphal came up with the innerspring mattress, but most do not use spring coils anymore. Many people are making the switch to foams.

It has been a long history so far, but more importantly, the evolution of our beds is not anywhere near complete. The history of mattresses continues to push forward and grow so it can accommodate our specific needs while at the same time constantly becoming more and more comfortable. People can’t wait to see what innovations are coming in the future.

We already sleep very comfortably in our bedroom but that does not mean it couldn’t possibly get better. Surely, whatever new variations companies will come up next will exceed our expectations once again. 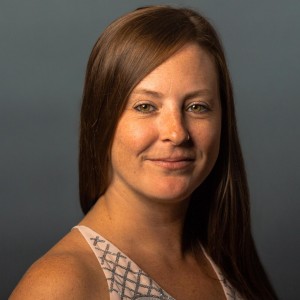